The Laner of the Week is… Steven Smith! 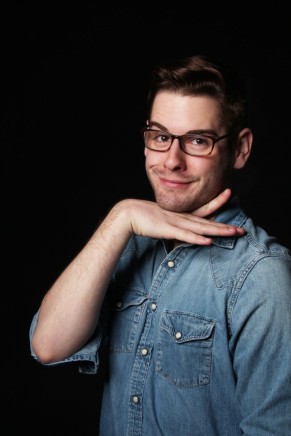 This week’s quirky, alliterative #LOTW received a BFA in Theatre Studies from Southern Methodist University in Dallas, TX in May of 2014. While in school, this busy guy studied acting, directing, scenic and costume design as well as Queer Theory and solo-performance.  (We need caffeine just thinking about it.)  He is the co-founder of the sketch comedy troupe 10 Bitches And A Stage and creative director of the solo-performance ensemble WildeIntentions. After graduation, Steven Smith stayed in Dallas to work in a flower shop and take some time to “smell the roses” while saving his pennies to make the move to NYC. Since coming here a few short months ago, this working actor has binge-watched all of Sex and the City…twice. He has also taken classes at UCB, updated his Twitter account (@StevenAugust) and discovered the wonders of coconut water while continuing work on his solo performance, This Totally Matters: A Collection of Mildly-True, Mostly-Autobiographical Stories of Sexual Discovery and Family Shit. (Which totally matters. Get it?)

Mustard Lane will be bereft of Steven Smith’s sparkling personality when he leaves town to work on a role in a world-premiere comedy described by the playwright as “a five-door gay-farce.”  (He feels like it’s going to be a pretty easy gig!)  He also enjoys long walks to the ice cream shop, taking a taxi back home, and then eating the spoils of his excursion alone in front of the TV.

This is what he says about working as a brand ambassador:  “I love Mustard Lane because it means going to work with people you love. Yuck, that answer is so sweet it’s practically caloric, but it’s true! A Laner may be tired, but she is always fearless! Her spirit may be bent, but it is never broken! She stands up straight, she shakes your hand, and she never misses a beat.”  That sounds like us.  Thanks, Steven Smith!  Have a great farce!  Hurry home!  We hope to see you at more promotional event modeling gigs!