The Laner of the Week is… Danielle Beckmann! 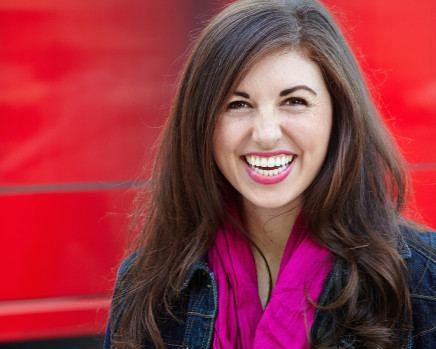 This week’s fun and lovable Laner of the Week Danielle Beckmann.  She’s, like totally, a Southern California native turned full-on New Yaw-kah. This stage and film actress produces stand-up comedy on the side.  She’s also an acting coach.  Whew.  Too many hats, you say? She says, “Pile ’em on!”  You can catch her stand-up comedy show, 3 The Hard Way at comedy clubs around Manhattan. Her acting coaching business, Clinch the Callback, empowers actors to make bold choices in and out of the audition room.

Of Mustard Lane, this charming and peppy New Yaw-kah says, “From the instant I was hired by Kristal, I felt like I became a part of a family… it can be hard for people to make connections and feel at home, especially in the workplace!  But Mustard Lane has felt like home from the start.  I believe that the Mustard community and loveliness can only be reflected through the great leadership we have, which is Kristal herself.  Warm and fuzzies all around!”

Isn’t the Laner of the Week Danielle Beckmann lovely?  Check her out HERE