The Laner of the Week is… Chris Kapcia! 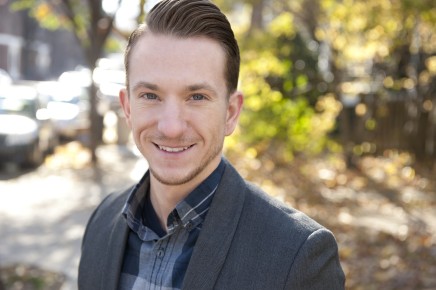 Our Laner of the Week is Chris Kapcia!  Originally from St. Clair Shores, Michigan, Chris moved to New York a little over ten years ago.  We’ve loved having him on our team, and, as one of our most active Laners on social media, he returns the love.  He describes Mustard Lane in a Facebook review as “a very friendly company.. who knows how to work hard and have at the same time.”

Chris had a pretty amazing upbringing and family life. He gained an interest in acting, and was accepted at The American Academy of Dramatic Arts.  So at 19, he moved to the Big Apple.  After graduating, he spent some time producing his own short films with a friend of his to gain more of a well-rounded experience of the industry, and to continue honing his craft. He taught himself how to edit, he learned a lot about co-directing, casting, and was the lead actor in all 6 short films he made. He’s also booked a few SAG-AFRA short films, one of which was a web series he starred in called Mental Issues.

After living in NYC for a little over ten years, Chris decided to move to LA this past January! The change in weather and environment has had a very positive affect.  He can also drive again, which makes him very happy! He recently booked a supporting role in a web series called Stay at Home Moms.  He also has a website up with a lot of his works. Go to  www.chriskapcia.com to check him out!

Chris is beyond grateful to continue working for Mustard Lane in LA, and now he can say he’s worked on both coasts for this amazing company!   Although he misses his Laner crew, everyone on the Lane is down-to-earth, genuine, and supportive.  He loves the friends that he’s had the pleasure of getting to know over the years.