Olivia McCarthy is our Laner of the Week! 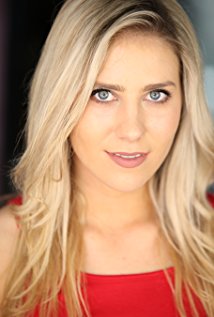 Olivia McCarthy has been on the Lane for a little over a year. Originally from the East Coast Olivia studied acting at the New York Conservatory for Dramatic Arts. She then moved to the West Coast for television and film work. She now resides in LA and calls it home.

Since being on the Lane Olivia has worked several activations with us. Her favorite ML gig was working the Netflix Glow premier with MKG. When asked about her experience on the Lane, Olivia said “I love all the fun events and meeting new people who I can now say are long lasting friends!“

Outside the Laner Olivia is an actress with SAG/AFTRA and does some modeling work for commercial print. Olivia is a total beach girl so you’ll probably see her with beachy hair and a tan while she’s out on the water body surfing. She loves anything active and outdoors such as hiking, horseback riding and snowboarding.  She also loves traveling and going on small adventures even if it’s just road trips up the coast!

Dolphin they’re just so cute I love how they stick together and are so smart!

Got signed with a new modeling agency:)

I look up to my parents they’ve been married for 24 years and are still so madly in love I hope one day I’ll have a lasting supportive relationship like they do.