Last weekend ML went to New York Comic Con and we’re already missing it! For those of you who aren’t familiar, NY Comic Con is an annual New York City fan convention dedicated to comic, novels, anime, manga, video games, toys, movies, and television. Comic Con is an incredible experience to attend and an even better experience to work. This year we worked  two different events.

We worked with Think Motive and Toys R Us to run an awesome footprint in the Javits Center. The Fan Vault provided a consumer experience unlike no other. The Fan Vault allowed customers to enter and view the sought-after items available for purchase. The vault was constantly packed with Comic Con goers seeking one of a kind items! The Laners ensured consumers were getting the best experience. Laners guided consumers in the vault and sold them their prizes items. I was a successful event with hundreds of items sold and tons of happy customers! 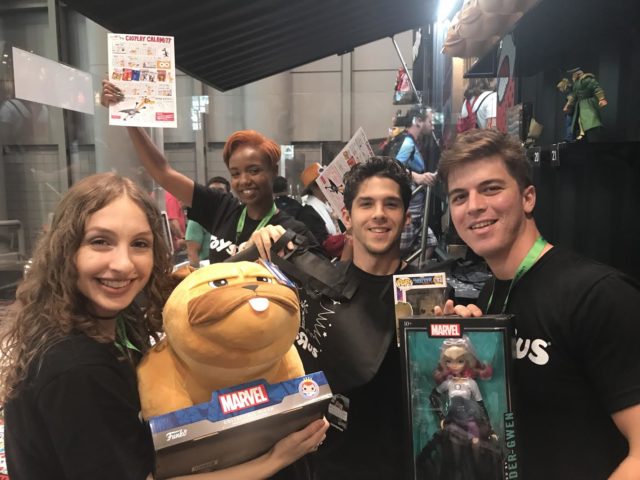 Not only were we in the Javits but we were all around it! Outside the Javits Center we were working with Civic Entertainment on a once in a lifetime experience. Our Laners helped to run a footprint for Amazon’s audiobook company, Audible. They partnered with Andy Weir to help promote his new book, Artimus which will be out this November. It will also release on Audible the same day!

The exhibit was a multistep tour with an epic ending. Audible audio guided the consumers with directional audio throughout the footprint. The consumers interacted with lunar objects, fictional items from Artimus and other moon-centric experiences while walking though the space. Stationed throughout the footprint the Laners educated consumers on the Artimus and the moon installation. As if that wasn’t cool enough, Civic also brought the moon to the United States for the first time! The Museum of the Moon is a 23-feet in diameter replica of the moon’s surface. Created by Luke Jerram, the moon provided a truly breath taking experience! 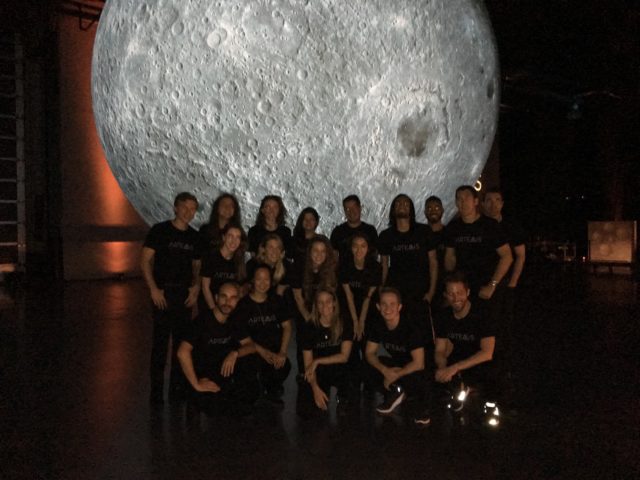