Laner of the Week… Jehrime Chadwick! 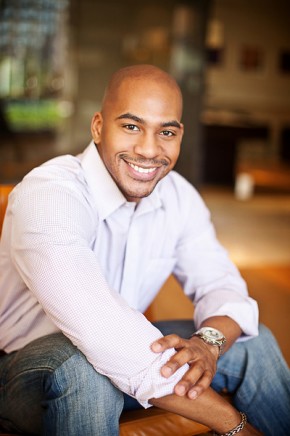 Jehrime Chadwick left a lucrative career as a sports executive for the Miami Dolphins (NFL) and Washington Nationals (MLB) to pursue acting/modeling.

He has been featured in commercials for the New York Marathon, Black and Decker, Leukemia and Lymphoma and Keurig Coffee Maker. You’ve seen him in print ads for Acura, Miller Lite, 2012 Summer Olympics and the New York Marathon. He has a Bachelors degree in Broadcast and Masters in Sports Administration from Grambling State University.  He is also a member of Kappa Alpha Psi Fraternity Inc.

When he is not with his fellow Mustard Laners, Jehrime Chadwick is a teacher at an elementary and middle school in the South Bronx. He credits his parents (married 49 years) as his biggest influence. His favorite mustard is honey mustard, especially on chicken fingers.