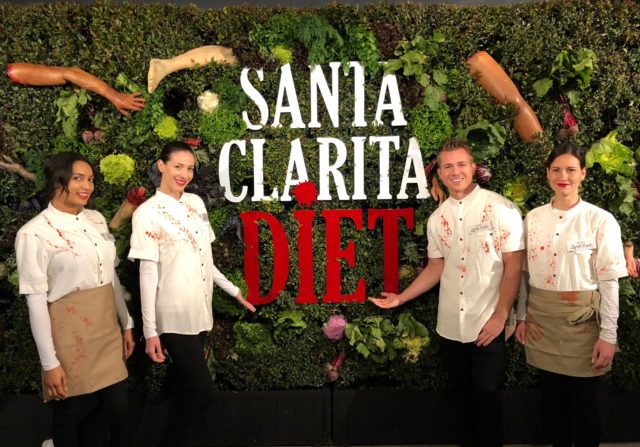 Last week the LA Laners worked the Santa Clarita Diet Season Two Premiere! The team has worked many Netflix premieres but this was the bloodiest of them all! After working the first Santa Clarita Premiere Laners were excited about the opportunity to attend the premiere of season two, this time the team arrived prepared for the gore!

Netflix launched a lifestyle concept surrounding the “undead” for the Season 2 Premiere of Santa Clarita Diet. The event was decked out for the busy non dead individuals with a “Flesh Pressed Juice Bar,” a “Blood Flavored Oxygen Bar,” a “Beautiful Bodies Buffet,” as well as a “We’re Fine! Glamour Shot Photo Booth” to help the non dead friends live their best… lives. This was all to encourage guests to remember “It’s not just a diet, it’s a lifestyle”.

The brilliance behind the event production was MKG!

The Laners were greeting guests at the door, in charge of line management, fan engagement, and assisting at the various stations. They acted as “lifestyle experts” talking loosely about the health benefits of the oxygen bar and flesh pressed juice bar. The team encouraged guests to try flavored
oxygen varieties & tasty concoctions all while engaging about the new season which launched on March 23rd! 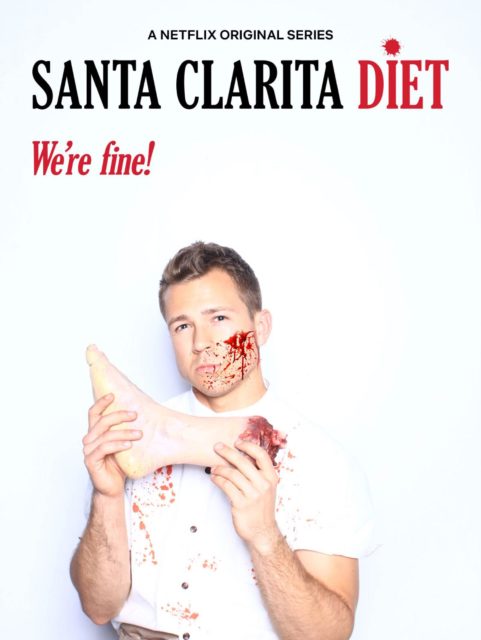 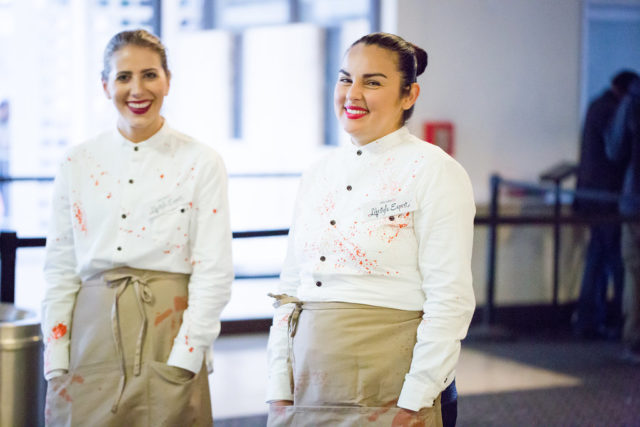