Grant Cleaveland is our Laner of the Week! 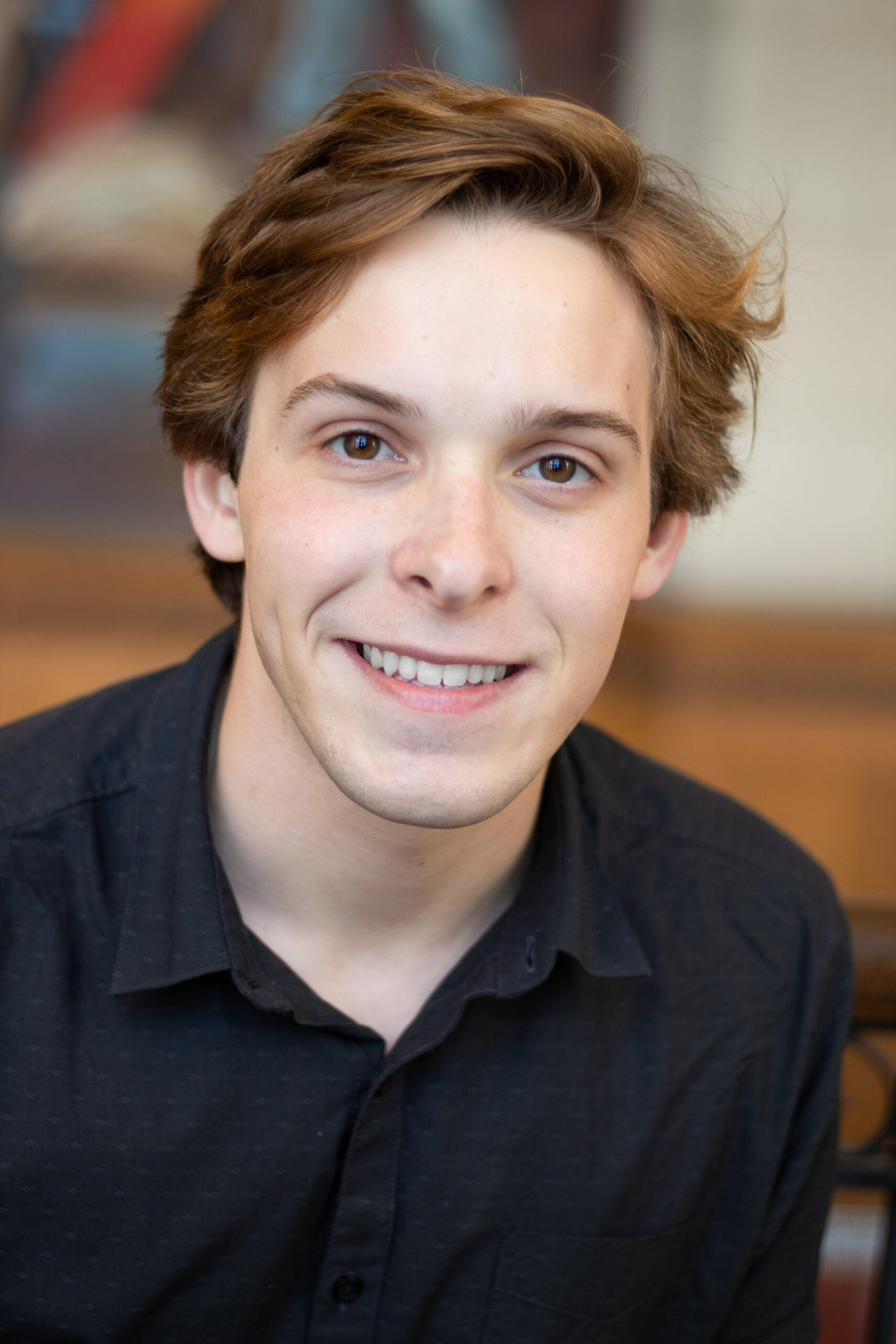 Meet Grant! Our Chicago based, multitalented Laner of the Week! Grant is an actor, writer, improviser, and part-time barista! A recent graduate from Michigan State University, this Laner has a BFA in acting and loves to use his talents to make audiences laugh! When he’s not auditioning or slinging latte’s, Grant loves to create digital art and write as many jokes as his brain can sweat out. This hard working Laner is a true asset to the team and we love the energy and joy he brings to each event!

What do you like about Mustard Lane or just working events in general?

What is a quote that really resonates with you?

“Tragedy is when I cut my finger. Comedy is when you fall into an open sewer and die.” – Mel Brooks

How do you define success?

Success is happiness! Everyone has a different metric for their own success, and personally, as long as I have a creative outlet, people who love me, and my basic needs provided, I feel at peace with my success. It’s a journey and I’m sure that definition will change, but I went into acting knowing it would be a grind, and as long as I’m sticking to that grind, I feel successful!

Whats the last thing you watched on Netflix?

Definitely Tim Robinson’s sketch show “I Think You Should Leave.” I’ve seen every episode more times than I count. That’s a Chunky!

Where is the most interesting place you’ve been?

Electric Forest! I was fortunate enough to have the opportunity to act in the Hangar there for two years, and honestly that forest is magical during the festival. You have to see it to believe it- the massive trees and all the hard work of the set design teams create an all-new forest that feels like another dimension.

What pets did you have growing up?

My family has always had beagles! Super fun little dogs with big energy. Also, we had a few hermit crabs but my dad forgot to change their water before we went away for a weekend so when we came back the biggest crab had Highlander’d the other crabs. So now my family sticks to beagles.

What is a movie title that best describes you?

What is the most impressive thing you know how to do?

I have a big lexicon of dialects and impressions! My favorite dialects to do are Australian, German, and Scottish- I once convinced a lecture hall full of college students that I was authentically Australian, a packaging major from Melbourne. That was pretty funny. My favorite impression is Gilbert Gottfried, mostly when improvising because no one ever sees it coming.

What is something you will NEVER do again?

Get into a fight, if I can help it! The only time I was in a fight my three friends and I were randomly jumped by a group of eight guys and we got our butts kicked. I had two black eyes for no good reason! Pacifism is where it’s at!

Which celebrity do you get mistaken for? Or are you a mashup of celebrities? Which ones?

I’ve been told I look like “an 80’s actor,” on multiple occasions. No other specifics! Maybe my aesthetic is just outdated?

Whats a brand or event that you would love to represent/work should the chance ever arise?

I’d love to represent Nintendo. Did I just out myself as a big nerd? Well, it’s the TRUTH! I love all things Nintendo and I think I’d really kill it representing them (especially if they gave me a big Mario mustache to flaunt around in).

To learn more about Grant feel free to check out his Instagram @cleaveland_g or his YouTube channel here!