Govind Kumar is our Laner of the Week! 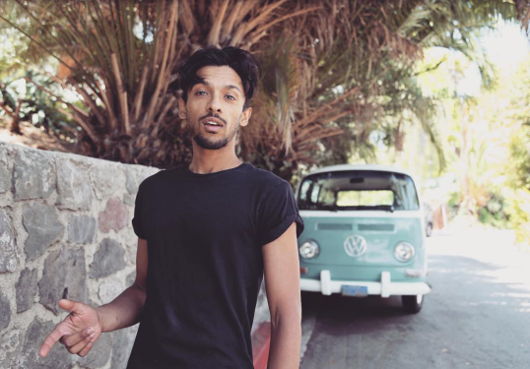 Govind is a fairly new Laner who joined our LA team only a few months ago. So far his favorite event was working with Netflix at Muscle Beach for the premiere of Glow Season 2. ExtraExtra Creative produced the event and decked the beach with pink and a red carpet for an 80’s aerobic workout set up. For Govind it was a great experience and his first time seeing Muscle Beach!

Outside the Lane Govind is an actor, a teaching artist (he directs high school plays) and an aspiring yoga teacher. His parents are from South India but Govind grew up on Long Island and always had big dreams of living in a city so he’s excited to be in LA now! He writes short sketches and has been going to as many stand up open mics as he can. Govind also loves practicing yoga, going on runs up to Griffith Observatory, seeing movies, going to the beach, checking out a new bar with friends and dancing his butt off.

To check out more about Govind head to his Instagram @govkumar

I love the diversity of events they have (it’s never the same) and I’ve made some great friends from working with Laners. The Lane is always communicative & professional with a chill attitude.

The Vegetarian by Han Kang. It’s a South Korean novella by Han Kang. A woman decides to stop eating meat after a vivid dream she’s been having and it sets in motion a chain of events, devastating and suprising. It’s a quick read and I couldn’t put it down. Just watched the TV show Catastrophe on Amazon Prime. It follows an Irish woman and an American man who become a couple after she gets pregnant from a one night stand. It’s hilarious, poignant, and a total binge watch.

What song best describes you & why?

What’s the most useless talent you have?

I save everything in Google Maps so I can refer friends/strangers recommendations of where to eat, go for coffee, which museums, shows, areas to visit in numerous cities around the world. Is that a talent or just too much time on my hands?

Best play I’ve seen: Brother/Sister plays by Tarrell McCraney (who wrote the play the film Moonlight is based off of) at Steppenwolf in Chicago. Powerful, moving, fluid and surprising.

Now that I’m in LA I get up early. Half the week I walk/run up to Griffith or practice bikram yoga. Love making coffee and a light breakfast. I try to read a recommended fiction book or listen to a solid news podcast before I head to work.

Adapting William Golding’s Lord of the Flies into a play at City College of the Academy of the Arts in Washington Heights. There were 14 kids in the show (3 girls) and I re-wrote it with each of the children in mind. And they helped me adapt it like it was in a workshop. All of the kids’ families in the cast were from the Dominican Republic or Puerto Rico so I absolutely included Spanish. It was one of my favorite experiences and I love the kids so much, they taught me the world.

I went to Germany (Munich/Frankfurt) last year with my best friend. We drove down the “romantic route” and traveled through the quaintest villages and I was so grateful to have visited a concentration camp. History is so crucial to know and understand.

Reading a book or listening to sad music!

Eat Van Leeuwens ice cream which is a block away and the bane of my existence. It always smells like waffle cones when you go inside! It’s my worst addiction.

If you can’t love yourself how in the hell you going to love somebody else?

A music video director. Mostly because I love Beyonce so much.