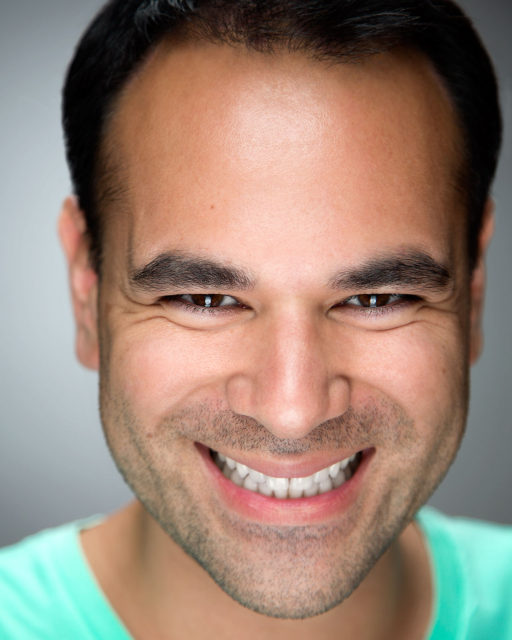 When we found out that Zekee Silos was due to depart from Mustard Lane, here is a small sample of the responses:

Mary Kate Eckmann:  “Ughhhhhhhhhhhhh noooooooooooo!!! I don’t wannaaaaaaaaa. Too hard, don’t like it.”

Jen Donohoo:  “I’m forever changed by this man.  His vision, enthusiasm, and ability to make anyone in the room feel special and valid.”

Client Jeannette Park:  “I seriously cannot deal with all these exits!  First Derek and now Zekee?

“However, without a doubt, my favorite Zekee story was one of the first events we did together, a fancy/shmancy Upper West Side play producer’s apartment.  It had big huge windows on one side, a beautiful modern kitchen, and a had a whole wall of mirrors on one side of the room — very glam ’80s.

“Zekee told me this story with all the drama that only Zekee could do. And I made him retell it over and over again the rest of the night.

“I will miss that handsome face, that humongous smile, and the giant heart.”

Stories like Jeannette’s get to the heart of why Zekee Silos was such a great presence, and why we will miss him so very much.  His energy is infectious and his attitude is always positive.  He puts 100% into everything he does, and Mustard Lane will not be the same without him.  We interviewed him before he left, and have shared the interview in (almost) its entirety.  We will miss him immensely.

Mustard Lane (ML):  What did you love most about the Lane?
Zekee Silos (ZS):  The people at Mustard Lane are unlike any other company I’ve worked for before (in a very good way).  Even before I came on as Director of Recruitment, I knew this was a company in which I wanted to invest. Then, as I started helping to recruit people in New York and then across the country… it’s fascinating to see the culture that Kristal started, then to share that with the people we bring on board, and finally see who successfully continues to work with us.

ML:   What were your favorite events?
ZS:  I have to say the Comedy Central Kegs & Eggs event we did with Pop2Life stands out for a number of reasons. I had done recruiting across the country, but this was the first time I had recruited outside of NYC and got to see our team in action.  We had combed through close to one hundred applications, interviewed a good majority of them, and then playing scheduling Tetris for all the events we staffed that week.  I am so grateful for the opportunity to have gone to SXSW in Austin, represent ML and work with our kick ass team (can I say that?) over there.

Another standout was the second gig I ever did with the team. It was for Red Rooster and MasterCard, and we were serving dinner to guests atop a two story, temporary “restaurant” in the middle of Times Square. This event spanned a few days, and it was here that I got to meet many of the core Laner team from that time. Working long days and multiple shifts like that is the fastest way to create bonds with people.  Many of those individuals are close friends now, like #Laners Betsy Spina, Jen Donohoo, Chris Kapcia, and Nyna Nelson.

ML:  What will you take away from working on the Lane?

ZS:  I can’t tell you how invaluable it is to sit in the office and watch both CEO Kristal Mallookis and Chief Administrator Molly Montgomery at work.  This dynamic duo is a force to be reckoned with.  They are so good at what they do, and I’m so thankful for the times that I got to sit in on calls with them or see them at work with our clients and staff. It’s not just about putting good people on a job– it’s about utilizing their strengths and talents to get the job done as best as possible.

Branding and brand promotion is such a key component of this company, and I will also walk away with a better sense of how to market myself as an entrepreneur. My time at ML has been an irreplaceable part of my growth as an individual, and I cannot thank Kristal enough for giving me the wings to fly and pursue my own passions.

ML:  What was the most challenging part about your job at the Lane?

ZS:  The deadlines. Because of the nature of this industry, sometimes we have months to find people for gigs, and sometimes we have a matter of days. For the majority of the cities across the US, it’s not an issue, but in smaller towns, it becomes a bit more challenging. On top of that, clients might request a certain look or skill for an event — tall and lean for “zombies” for a Halloween party or people who are bilingual in Spanish or Cantonese for certain brands, which adds an additional hurdle when recruiting folks. At the end of the day, though, I’m always amazed at how talented people are in this industry.

ML:  Tell us a little more about the next chapter of your life.
ZS:  I’m going back to my roots in travel. I spent three and a half years working abroad, freelancing and traveling around the country, and just backpacking and blogging. I’ve never really thought about it becoming a career, more just a fun thing to do while I was still young. But with the entrepreneurial skills I’ve learned from Kristal and Mustard Lane and the experience I’ve acquired working in the entertainment industry these past few years, I actually think I can make a career out of travel blogging.

I’m going back to San Francisco to see family and attend my friends Jon and Courtney’s wedding for a few weeks (and also work one more ML gig) before hitting the road. I’ve always operated under the banner of Zek’s Treks (#ZeksTreks), with each journey having a different focus or method of documentation.

This leg is what I’m calling #ChooseMyNextAdventure, where I’m asking people to vote on two to three choices on where to go, what see and what to do. I conducted my first poll this week, where 137 out of 209 people voted for me to go to Belize (the other options were Colombia and England). I want to see what it’s like to give up (some) control of my life, and put my trust in my family, my friends, complete strangers, and the universe to see what happens. So on August 10, I’ll be landing in Belize City.
I’ll be crowdfunding the trek along the way, so anyone interested in learning more or wanting to help out can follow #ZeksTreks and #ChooseMyNextAdventure on Facebook or Instagram.

We’d like to end this post with a quote from CEO Kristal Mallookis, who says what we are all feeling.

“Zekee, it has been a joy to get to know you personally and professionally. You are sooooo genuine and kind and The Lane is better because of your personal touch. I want to thank you from the bottom of my #mustardheart for all of your hard work. Best of luck on your new ventures!!!!”

Sending you lots of love and light, Zekee Silos!  We will be following all of your adventures and we wish you the best.