Say It’s Not True!  Derek Jorden Can’t Be Leaving Us! 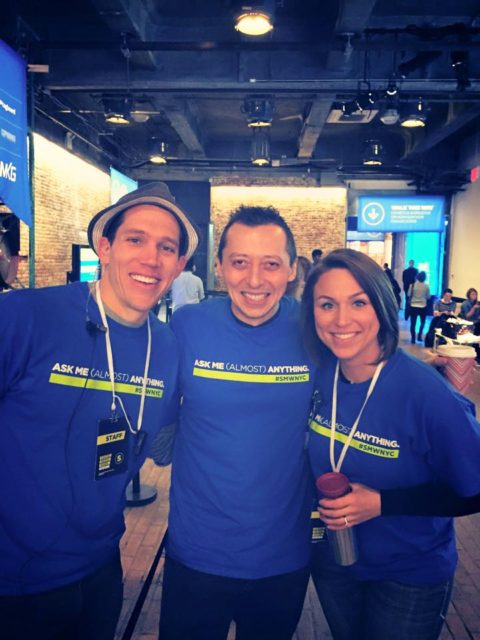 This is one of the hardest posts we’ve ever had to write here on Mustard Lane.  Our fearless Chief Lane Operator, Derek Jorden, is packing up his wife and baby and moving to (insert sobs here)… it hurts to even write it… Portland, Maine.

When we began to write a goodbye post for Derek, we asked him a bunch of questions about his time here, and we asked our #Laners for quotes.  The raw emotion and the indelible style with which he and our staff answered our call left such an impression that we just decided to post their answers in their (almost) entirety.  Here’s what they had to say:

Mustard Lane (ML):  Tell us about your move.

Derek Jorden (DJ):  We are leaving our small apartment at the end of July to move to a much bigger place just past Portland, Maine.  Some dear friends of ours have a house that needs looking after for a year, so [wife] Randi and I are buying a car, loading up the necessities, and taking our 4-month old son Bentley, his big sister Bleecker [a 75-pound Bernese Mt. Dog], and our two cats, Poppy and Oliver and heading north.  It’s really exciting!  But I gotta be honest, it also hurts.  I moved here for acting and part of me feels like I’m giving up on something.  My relationship with the craft has been confusing at times, and right now I don’t know where we stand.  So what better time–having a young son I love spending time with, and a chance to explore other artistic, creative and professional endeavors–to take this risk, to make this leap? I’ve written a couple children’s books I’d like to publish, so look out for those. Also, a gig in carpentry or on a boat would be amazing. If you know anyone near the Old Port…

ML:  Tell us what you loved most about Mustard Lane.
DJ:  There are so many things I loved about ML, it would be hard to say what I loved most. I moved to New York with Randi three years ago today to get into acting, which part of me had loved since my stage debut the month before I graduated high school. A dear friend of mine from Georgia and long-time #Laner Sarah Jacobs introduced me to Kristal. The day we first met I could tell from her smile I was in the right place. From that day, all the Laner gigs I did even through last week, one of the things I loved most about ML was the smiles. Laners have great smiles. Genuine smiles.  And I loved getting to go to work in a place where that was everyone’s vibe.

ML:  What were your favorite events?
DJ:  Also a tough question! In some way it’s like picking a favorite child. The Avett Brothers said when they asked their father which one he loved the most, he replied “I love you and I’m proud of you both in so many different ways.”

But I really love biking.  It’s one of my favorite things to do.  New York City, though scary at times, is one of the greatest places in the world to ride. So getting to be a part of the NYC Bike Expo in 2014 with Eventage, and the giant GrubHub Delivery effort (60 bikers in the RAIN) from Smorgasburg last summer were both very memorable for me.

ML:  What will you take away from working on the Lane?
DJ:  Well, I have about 20 beautiful yellow and blue Mustard Lane BIC pens at my apartment that I think I’ll keep.  So I can write letters to all the friends I made. So yeah, pens and friends.

ML:  What was the most challenging part about your job at the Lane?
DJ:  As a Laner, making it to the gig on time.  (Thanks MTA.) But allow me to brag…I was late to only one gig out of all I worked, and it was by three minutes. The other hard part was remembering Red Rooster menu ingredients. Microgreens. I always remembered those.

As Chief Lane Operator I found it difficult to actually get work done in the office. When you’re sitting next to two of your besties in an office where some of your other besties are stopping by randomly throughout the day, it’s hard to stay focused!

Here’s what some of our #Laner staff and clients had to say about Derek!

“Derek has been so much more to me than a friend. I mean, I say it like he’s dying… wait, he’s not dying is he? No, no, just moving. Got it. Okay. He’s been a great friend, a brother when I needed it, he’s acted the SHIT out of a role in one of my plays that now I can’t see anyone else ever doing but him, has been a great reviewer for my website, has been a great boss at Mustard Lane gigs, and has simply made every day I spent with him better. He always has a smile on his face. Also a great outlook to share. And he married a hellava gal and had a hellava kid (the dog’s okay too). I’m going to miss being able to call him at a whim and see a show or a movie or just to have a beer. But hey, now I have a place to crash in Maine! (That’s not a joke. I’m coming). I love you dude. You are not just one of the good ones. You’re one of the great ones.” — Mateo Moreno 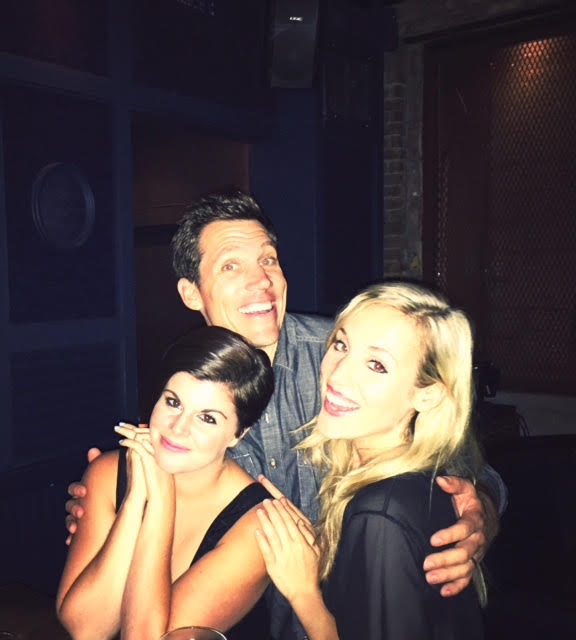 “Derek always has a way of bringing a smile to my face. He’s one of those people that you feel like you’ve been friends with forever, even if it’s only been 15 minutes. He brought such a wonderful, positive energy to the Lane, and I’m going to miss him so!” — Jillian Schiralli

“Planning and executing the kinds of events we do can be stressful and overwhelming. But when you get that staff sheet and see Derek’s name on it, you know that when you walk into the room, you’ll have a leader, a go-getter, and a motivated individual who will be there to help you every step of the way…always, always, smiling. Derek, I wish you and your family all of the best and wish nothing but all of the success in the world for you. Keep on smiling.” –Stacy Rudin, Red Rooster Harlem

“It’s been a privilege to work alongside Derek for the past two and a half years. He has worn many hats at Mustard Lane! (And even a toga but I’m not suppose to mention that.) The positive energy that he brought to the Lane both in the office and on the field will be impossible to replace. I mean, his bio states that, ‘He is the embodiment of Mustard Lane!’ Best of luck on your new chapter D!” –CEO Kristal Mallookis 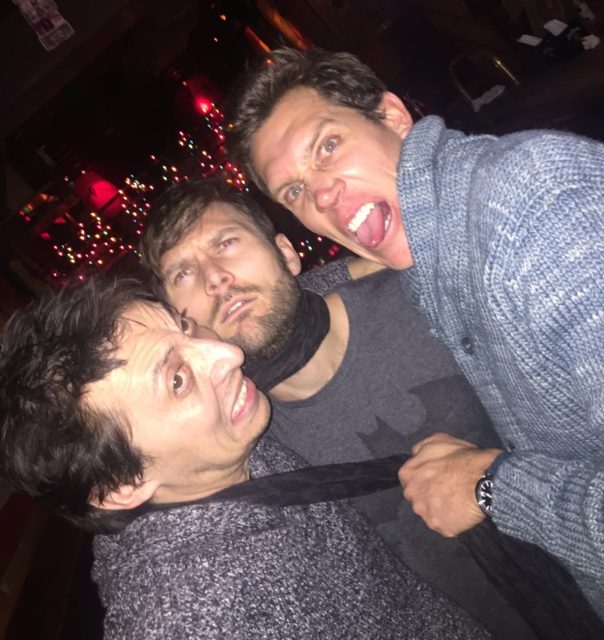 Derek Jorden, you will be terribly missed at Mustard Lane. We will think of you often, and a percentage of us will probably end up sleeping on your Portland couch. But we wish you all the best to you, Randi, the animals, and your adorable son Bentley! Lots and lots and lots of love for now and for always.  Keep an eye out on FB, Twitter and #Laner inboxes for details about Derek’s going away bash!