Ayana Bey is the Laner of the Week! 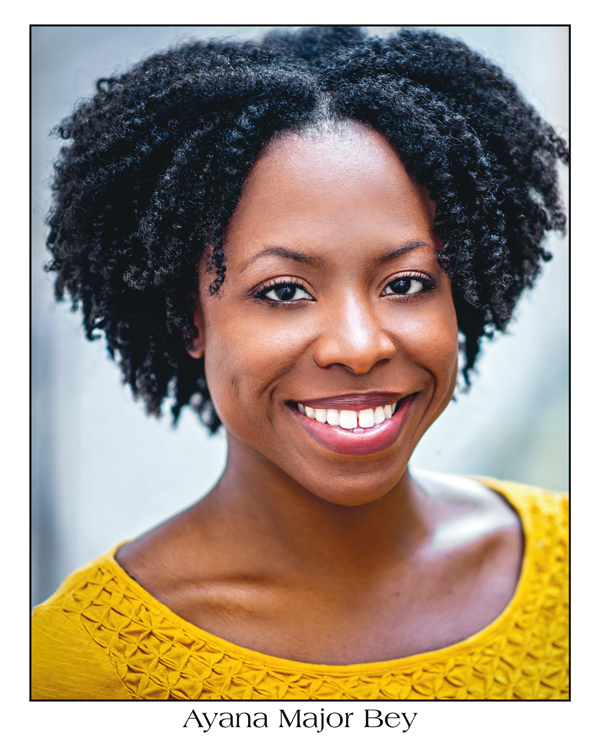 Meet Ayana Bey, our outstanding #Laner of the Week!

Ayana Bey, our 4th of July #Laner of the Week, is a New Jersey-raised actress who loves Bikram yoga and organizing projects.  Since we love calm, organized actresses, Ayana fits right in here on Mustard Lane.  She has been with us for a year now, having found us after doing an internet search for ‘actor survival jobs.’  We love having her on board.

Ayana Bey’s favorite #Laner gigs so far have been the Barclays Gift Grab and the Big City Mom’s Biggest Baby Shower Ever, which is held bi-annually here in the City.  At the Barclays Gift Grab she was a cheerleader and gift-bag distributor.  She stood at the exit of the Gift Grab to hand people their Barclays tote bag.  She also helped to cheer the players on and keep the people in line engaged as they waited for their turn.  She says, “It was a lot of fun to see people cheer each other on, and [to see] the true holiday spirit that came out when people realized the Gift Grab was benefiting Toys for Tots.”

Of working on Mustard Lane, Ayana says, “I love being a Laner because the Mustard Lane team is amazing!  It’s always a pleasure to work with my fellow #Laners.  Mustard Lane is a big family!”  That’s definitely true, and we love having Ayana as part of it.  Unfortunately for us, we are about to lose Ayana to the high seas.  She joins the cast of After Midnight on Norwegian Cruise Lines’ newest ship, the Escape in September.  She recently closed a production of Sister Act at the Beef and Boards Dinner Theatre in Indianapolis, where she proudly shared with us that she earned her Actors Equity card.  Congratulations, Ayana!

We wish nothing but the best for this #Laner with a bright future ahead of her.  For more information about Ayana, check out www.ayanabey.com.   You can also follow her winding, uphill battle to Broadway and beyond on Twitter at @AyanaMBey.